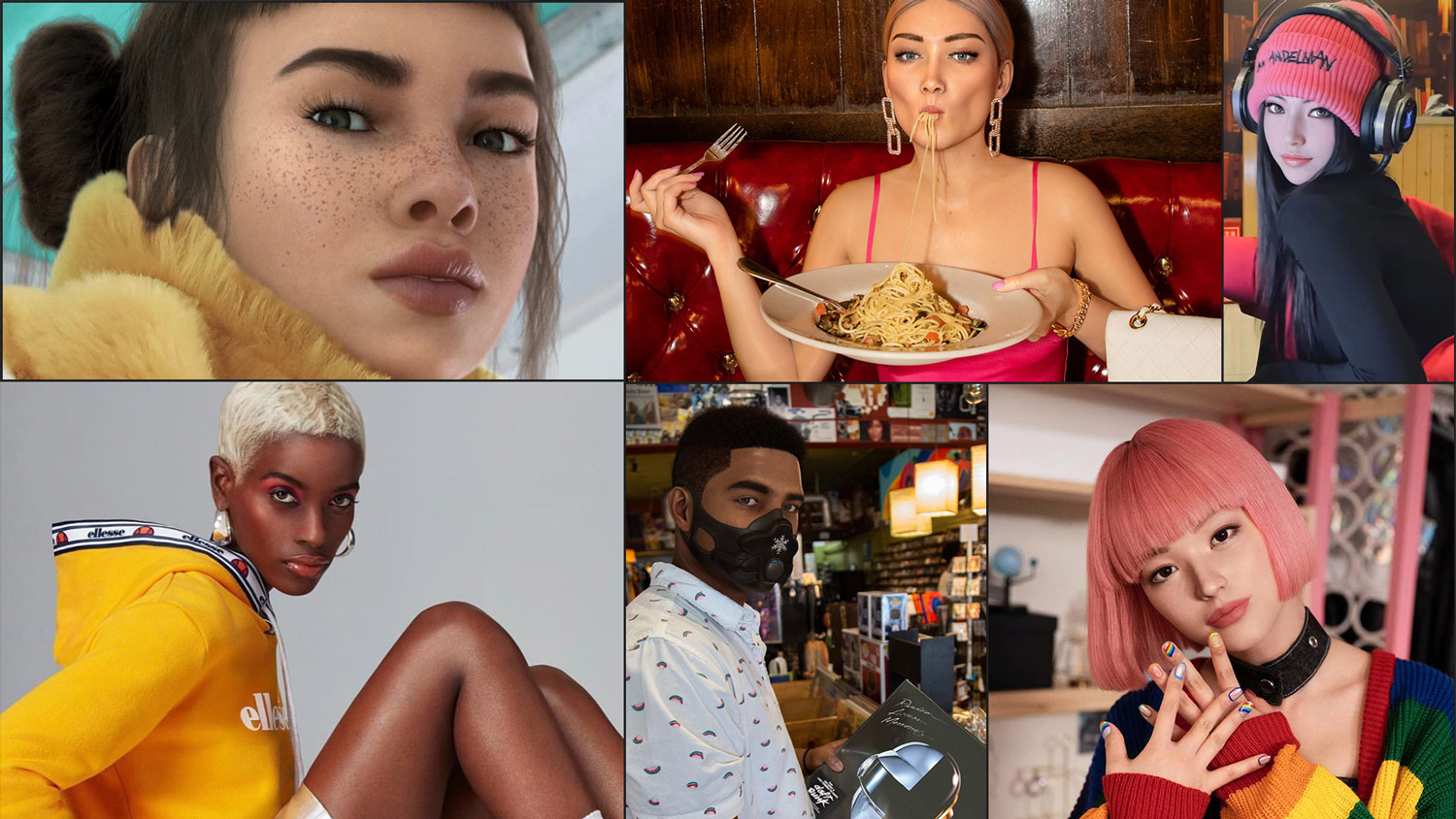 Well these people do not exist in our reality but they are real superstars in the virtual world, made in 3D!
In fact, this phenomenon that has been going crazy on social networks for some time and that will be the masters in the virtual world of the Metaverse, in which characters created from nothing entirely in 3D, are becoming real influencers has jumped to our eyes!

And here is a new way through which many talented 3D Artists could give vent to their creativity using the most popular and viewed windows in the world: Social media and the Metaverse.

Lil Miquela and Bermuda were both created by the startup Brud of Los Angeles: Lil Miquela was created as a marketing tool to sponsor products for streetwear and luxury brands such as Calvin Klein and Prada; while Bermuda was created as an influencer character who wants to motivate young entrepreneurs to pursue their dreams and expand their businesses.

Or Shudu, the world’s first digital supermodel, created by former fashion photographer Cameron James Wilson now a CG artist. Wilson was disillusioned with the world of fashion photography, he wanted to create something he had never seen represented enough in the media, a strong and powerful beauty. And so SHUDU was born.

The virtual supermodel then appeared in Vogue, participated in Balmain and Ellesse campaigns and even participated in her first red carpet at the BAFTA film awards 2019!

Another precursor of fashion in the virtual world was Balenciaga with the virtual collection, people could participate wearing VR glasses to be part of the audience sitting along the catwalk in the live streaming event. This VR experience with Oculus glasses was only visible through a headset sent to a limited number of guests.

In addition, Balenciaga has released its video game “Afterworld: The Age of Tomorrow” with its virtual models, and it is the first video game ever produced by a fashion brand set in New York in the year 2031, by Demna Gvasalia  creative director of Balenciaga.

Virtual influencers in the metaverse could generate a turnover of 13.8 billion dollars.

And here is that the horizons of the field of 3D and of the metaverse expand once again, in an extremely interesting way through this new phenomenon that should not be underestimated! We will no longer see only 3D applied to cinema, video games and design but also a 3D that can also have a social impact by creating characters that can inspire thousands of followers!

3D Technology for everyone!

3d technology today is within everyone’s reach, just think of MetaHuman by Epic Games, a tool made available to everyone for the creation of human faces in 3d and Mesh creating the control setup in MetaHuman from your 3d scan face.

Today we have the opportunity to use this technology that was once very expensive, free or very cheap to use, such as going to create a cheap metahuman helmet rig.