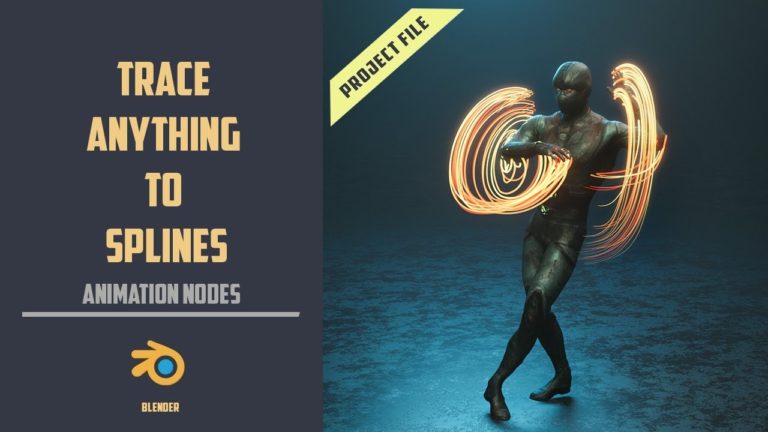 Blue Fox shows us how to create a Spline Tracer effect directly in Blender.

The Blue Fox Creation series creating advanced animations in Blender that shows us how to recreate the effects in motion by recreating some effects used in Cinema 4D.

How to recreate the C4D spline tracer in Blender using animation nodes?

What are Animation nodes in Blender?

Animation Nodes is a visual scripting system designed to create animations in Blender. Like most Mograph tools, it allows you to procedurally create instances and animations. Created by Jacques Lucke, Animation Nodes is now part of the Blender team.

Jacques Lucke is also working on a larger project called “Everything Nodes“.