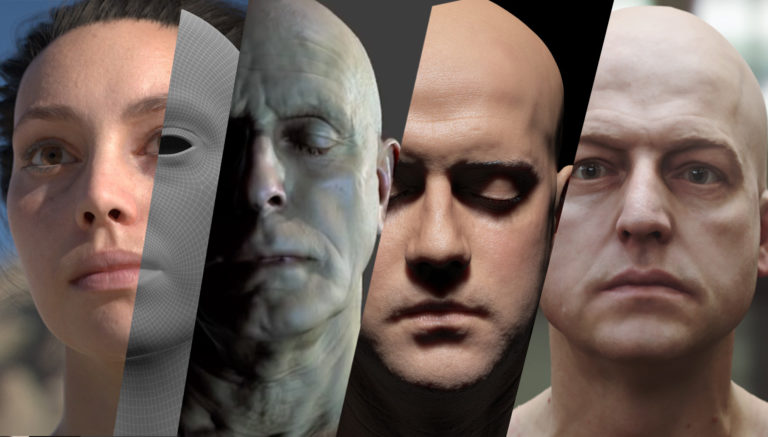 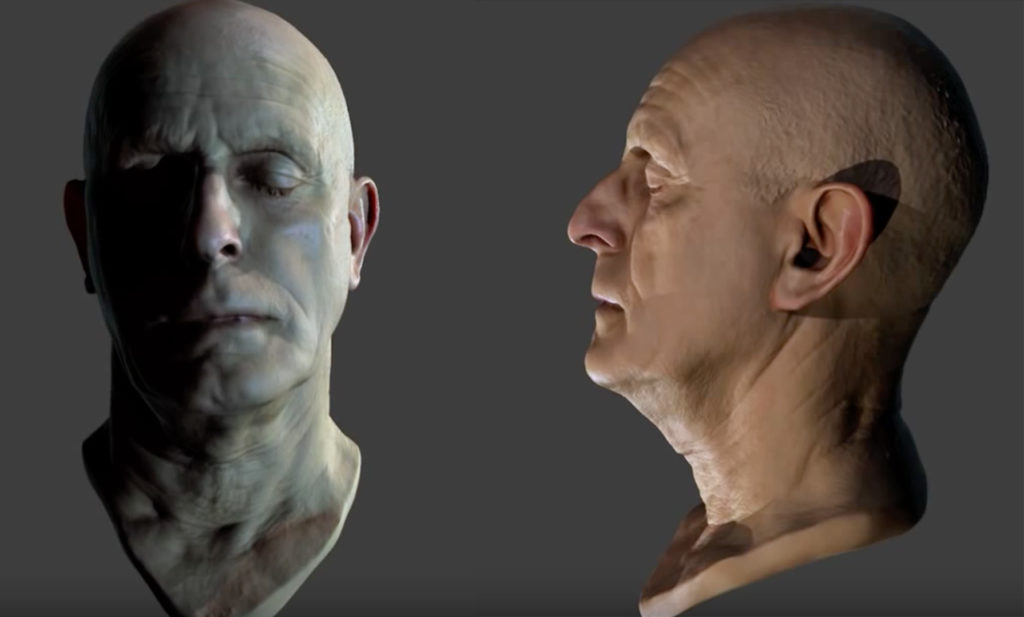 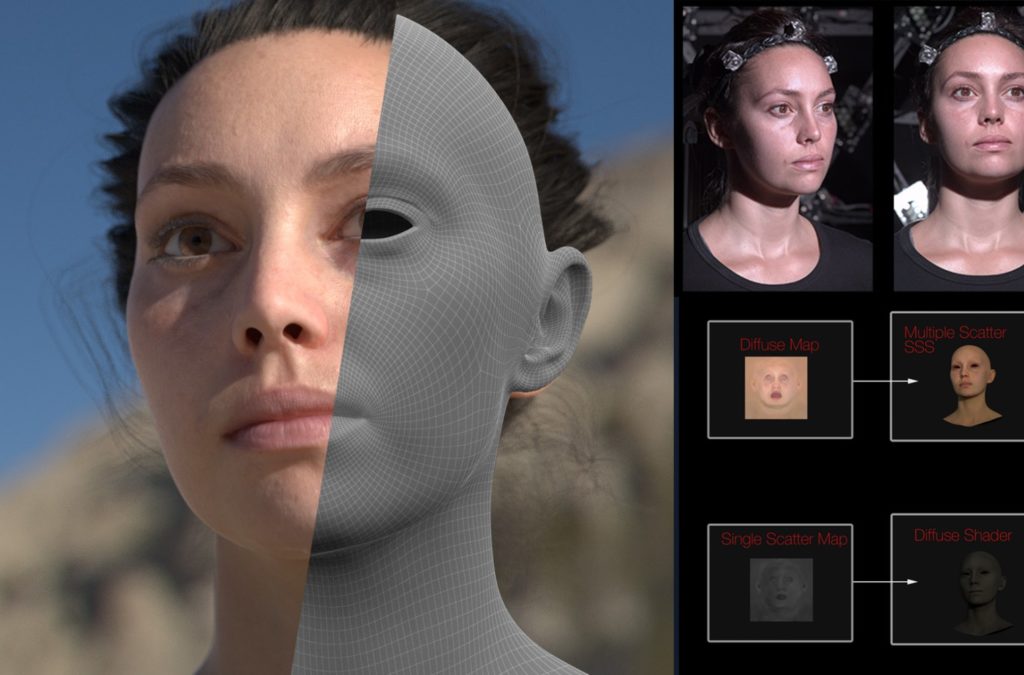 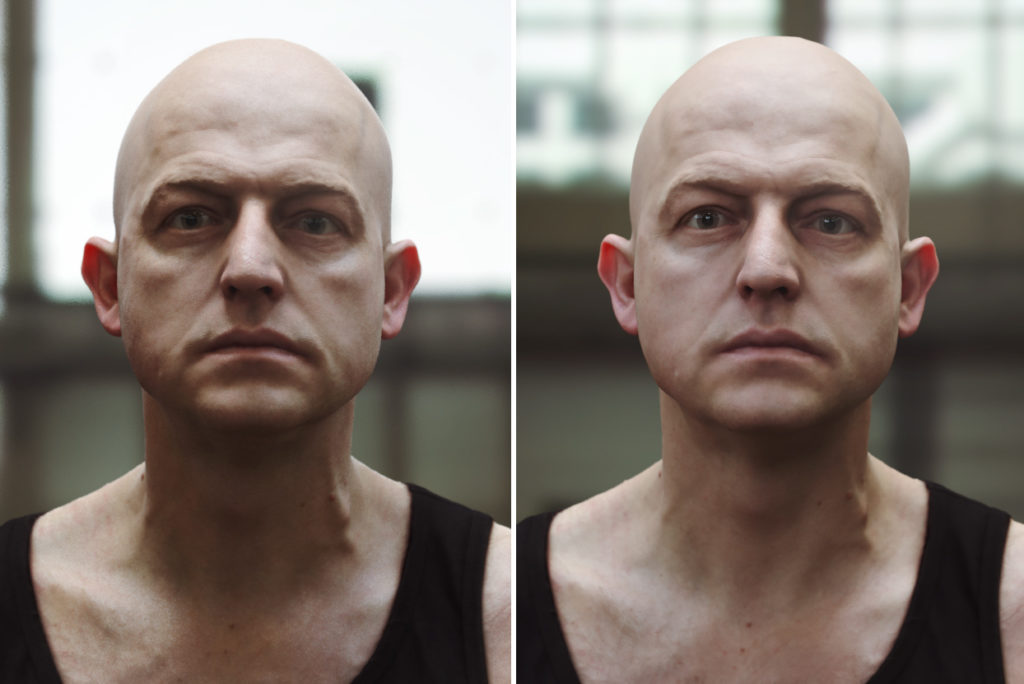 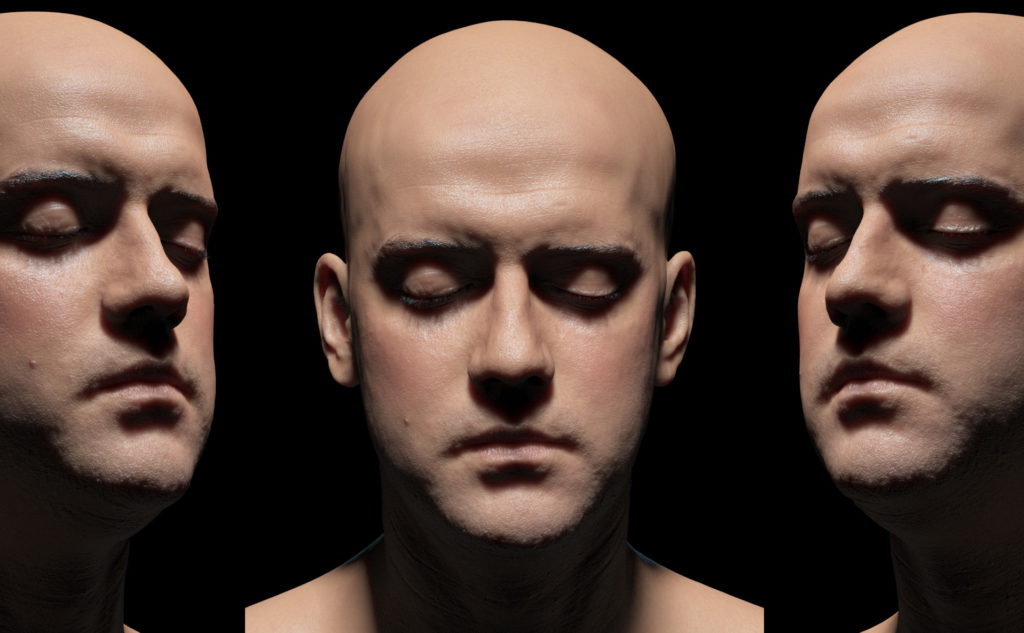 Infinite-Realities® released the Infinite head scan back in 2010. Under the creative commons license. It was the first head scan of it’s type to be released publicly. It’s since been downloaded over 100,000 times and used in 100’s of on-line publications, published in research papers, used in demos, used in real-time experiments and simulations. It’s also since been integrated into Epic’s UE4 engine, as well as used in Crytek in house engine for testing purposes.
Skin Shading and3 D Model
OBJ Level 4 export from Zbrush
>>> Download 3D Scan Modo Scene
3D Scan Head Man
Infinite-Realities Director Lee Perry-Smith created a 3D scan of his head. Morgan McGuire and Guedis Cardenas at Williams College converted the displacement file from .tif to 16-bit .png and created created a low resolution version of the bump map. We set up the .mtl file’s texture maps, painted the bump map so that it is seamless at the back of the head, and adjusted the default glossy highlight to better simulate a 3D head.
Article Comments