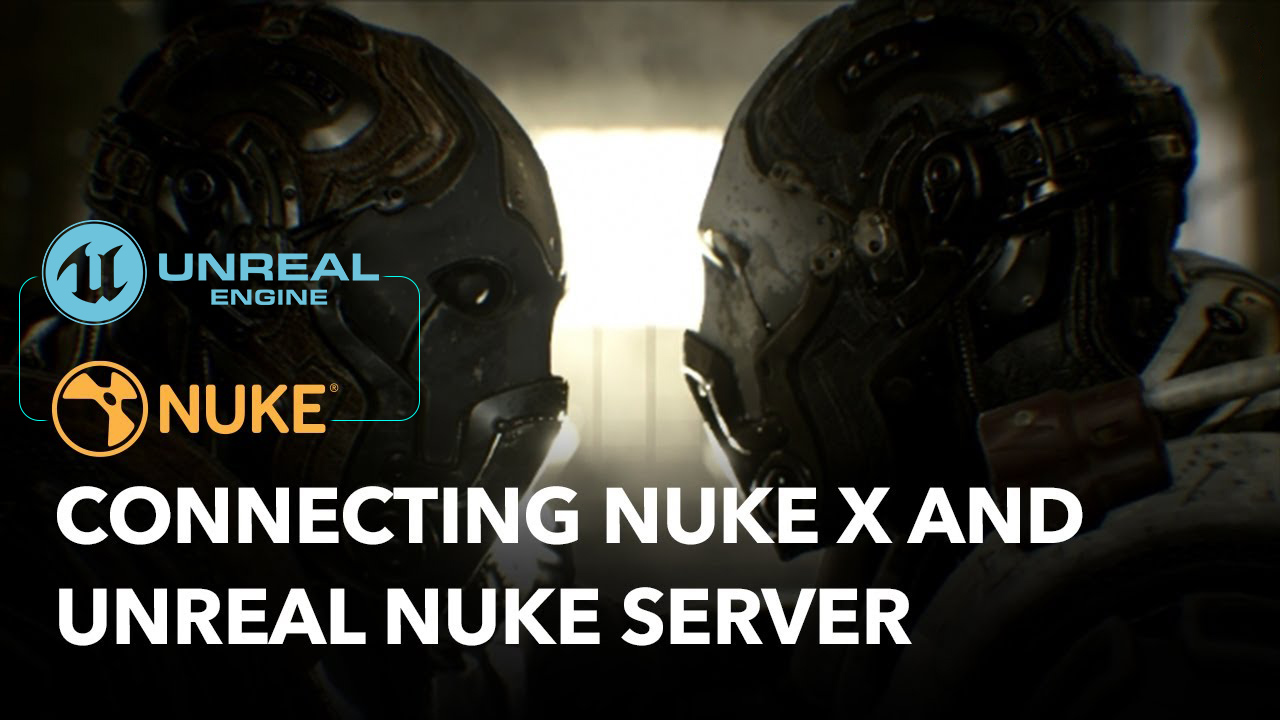 Let’s see how to work with Unreal Engine scenes by importing the scene into Nuke for the compositing phase. In this tutorial released by William Faucher, we will see how to use Foundry’s new UnrealReader node in Nuke 13.2.

How to Visualize Unreal Engine Scenes in Nuke and NukeX?

UnrealReader node in Nuke allows you to connect NukeX or Nuke Indie to an Unreal Editor session.

Intro to UnrealReader in Nuke

UE4 to Nuke – with UnrealReader

UnrealReader node makes it quick and easy for composers to work with pixels coming out of UE4 and EU5 by splitting objects into render layers, extracting AOV, creating environment maps, and making framing changes.

How to install Nuke Server to Connect Unreal Editor and Nuke?

To install the Nuke Server and connect Unreal Editor to Nuke, follow along with this short installation video or scroll down for step-by-step guidance:

Q: I switch to a different Map and Nuke just hangs for a long time, and then finally renders an image

A: This could be because the shaders are still building in the map you’re trying to access from the UE project. If this is the case, switch to UE and you’ll likely see the Movie Render Queue rendering window showing a message along the lines of “building shaders”.

Q: Some elements in my render (like smoke and sparks) look different from what is shown in UE’s viewport, and also change if I alter a UnrealReader setting on the same frame?

A: Some of the physics/emitters in UE are non-deterministic (and may not have an option to be made deterministic), so individual renders from UnrealReader may not match. This can also apply to motion blur or any post-process items that use temporal/spatial samples.

When using the UnrealReader node Write section render option to render the whole Sequence out to EXRs, the problem should not exist and the elements should be temporally correct.

Q: I’ve created a new Camera in a level sequence using either the + Track button / right-click-on-left-area-of-panel – Actor to Sequencer, but in Nuke the UnrealReader doesn’t seem to render the correct thing, and the Camera tab shows 0,0,0 for the transform and rotation data (with no animation)?

A: This is likely caused by a UE Level Sequence issue whereby adding a camera using this method to an existing Camera Cuts track will not bind the camera to that Camera Cuts track, even if the name of the camera is the same as the one you had before (and perhaps deleted).

You need to click on the Camera Cuts + Camera button and rebind the camera you’ve just added.

If there is no Camera Cut track to start with, then UE will do it correctly and bind it on creation, so there won’t be any issues as mentioned above

Q: When I add a UnrealReader node initially it hangs Nuke for about a minute, then finally connects (beach ball on Mac, blue spinner on Windows)

A: This can be one of two things. From experience when this has occurred, it tends to be that the port number being used has had some form of issue. First, try changing to a new port in both Nuke and Unreal. If a new port fails, restart your computer to try and clean up the ports.

It can also be due to the number of Maps/Sequences in a UE project being very large, which can mean a lot of data to read. We have seen this in the Matrix City scene released with UE5.