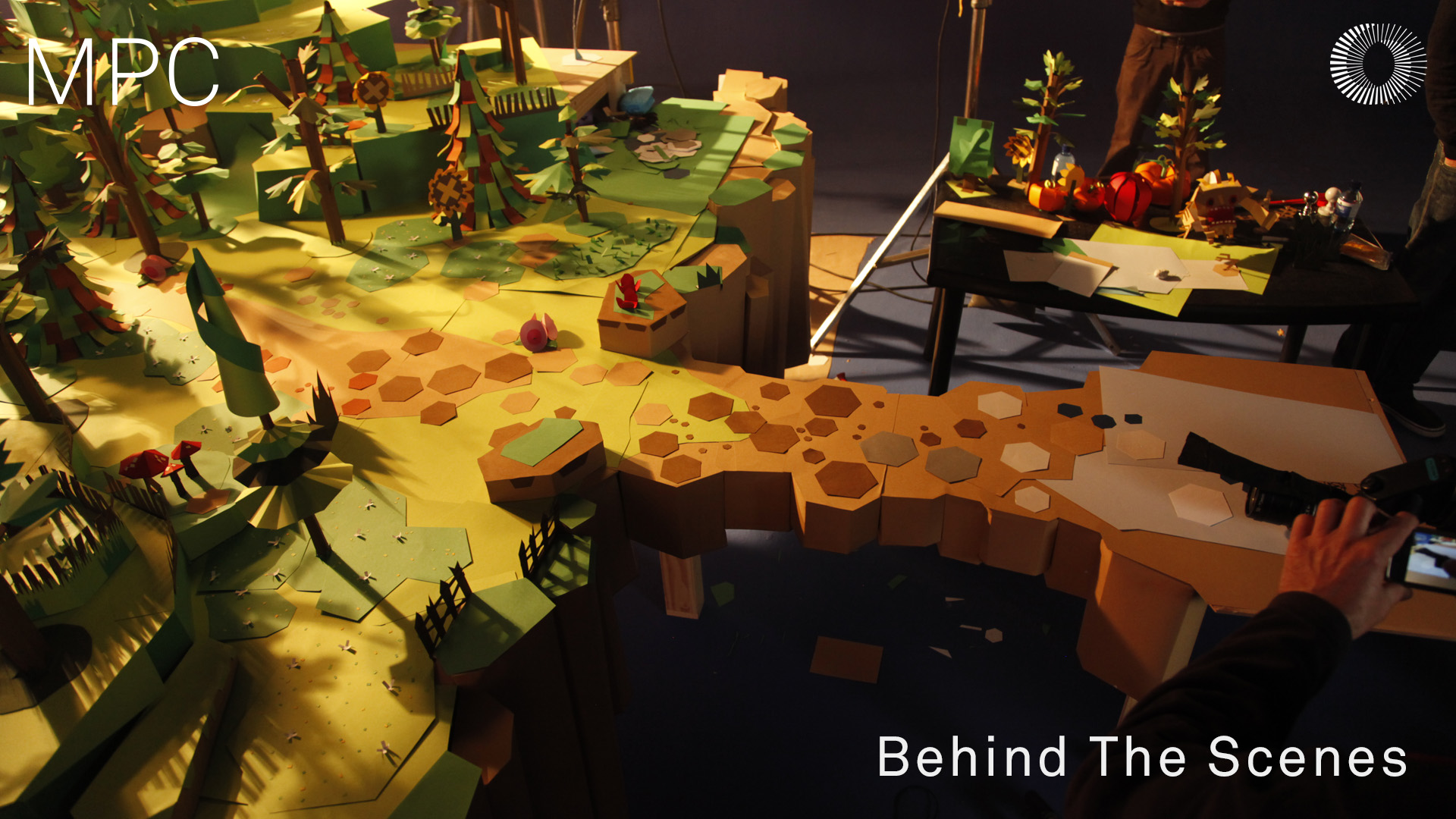 MPC and Rob Blishen worked together at 180 Amsterdam to create an adventure world made of paper for the launch of “Tearaway”, the new game for kids developed by Media Molecule.

The new Sony game, in fact, is set in a world of paper, which the team had to make on a 1:12 scale and which was then integrated with green screens and photo shoots. MPC collaborated with Rob to create the set and the miniature characters, using stop motion and a live action shoot. The elements have been integrated with 3D and 2D and Set Extensions.

Rob Blishen said: “To merge all the disciplines present in this work into a coherent ‘Tutto’, I needed a team capable of taking a very complex thing to plan and photograph and make it seem simple … a good definition of one of the main strengths of the MPC ”
The 180 Amsterdam took advantage of the new MPC headquarters recently opened in Amsterdam, to bridge the gap between the team and the MPC artists located in London.

Following a detailed 3D pre-vis, the miniature set was made by hand. Given that the protagonist is life-size and was photographed on a green screen, the camera movements were extremely limited. Each camera that moved in the miniature world had to be scaled 12 times, requiring a very large space to shoot up to 12 meters away from the actor and with the ability to make only small shifts for panning.
The backgrounds were built on 5×3 platforms. The ice segment, the desert and the canyon all consisted of DMP backgrounds, which were built in 3D, to have a realistic base from which to start before being painted. The 3D characters were provided by Media Molecule and then animated by the MPC.