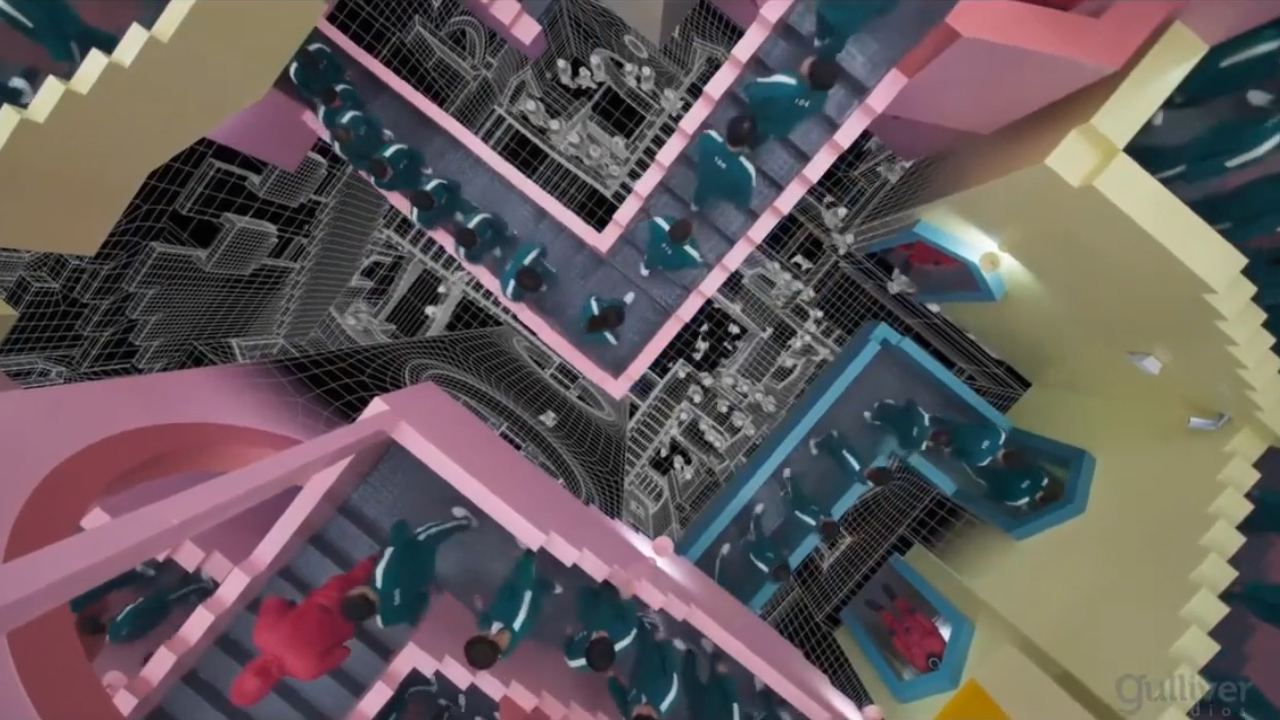 Let’s go and see the behind-the-scenes of one of the most popular Netflix series of the moment, Squid Game. In the scenes, we see many references to the scenographies look settings, such as the Penrose scale, also known as infinite or impossible scale, an example of optical illusion, reprised in one of MC Escher‘s most famous operas, we can find the Squid Game.

In this behind-the-scenes, making-of, we see how the Squid Game scenes were built, the VFX artist team recreated the environments in 3d by tracking the backdrop and using the various chroma key techniques to break through the blue screen, the work of matte painting and digital compositing was done very well.

The CG Supervisor at Gulliver Studios Hyungrok Kim has released a CG breakdown of some of the effects from the Squid Game series. In this breakdown, we can see how some of the environments were made, what things were added in post-production, etc.