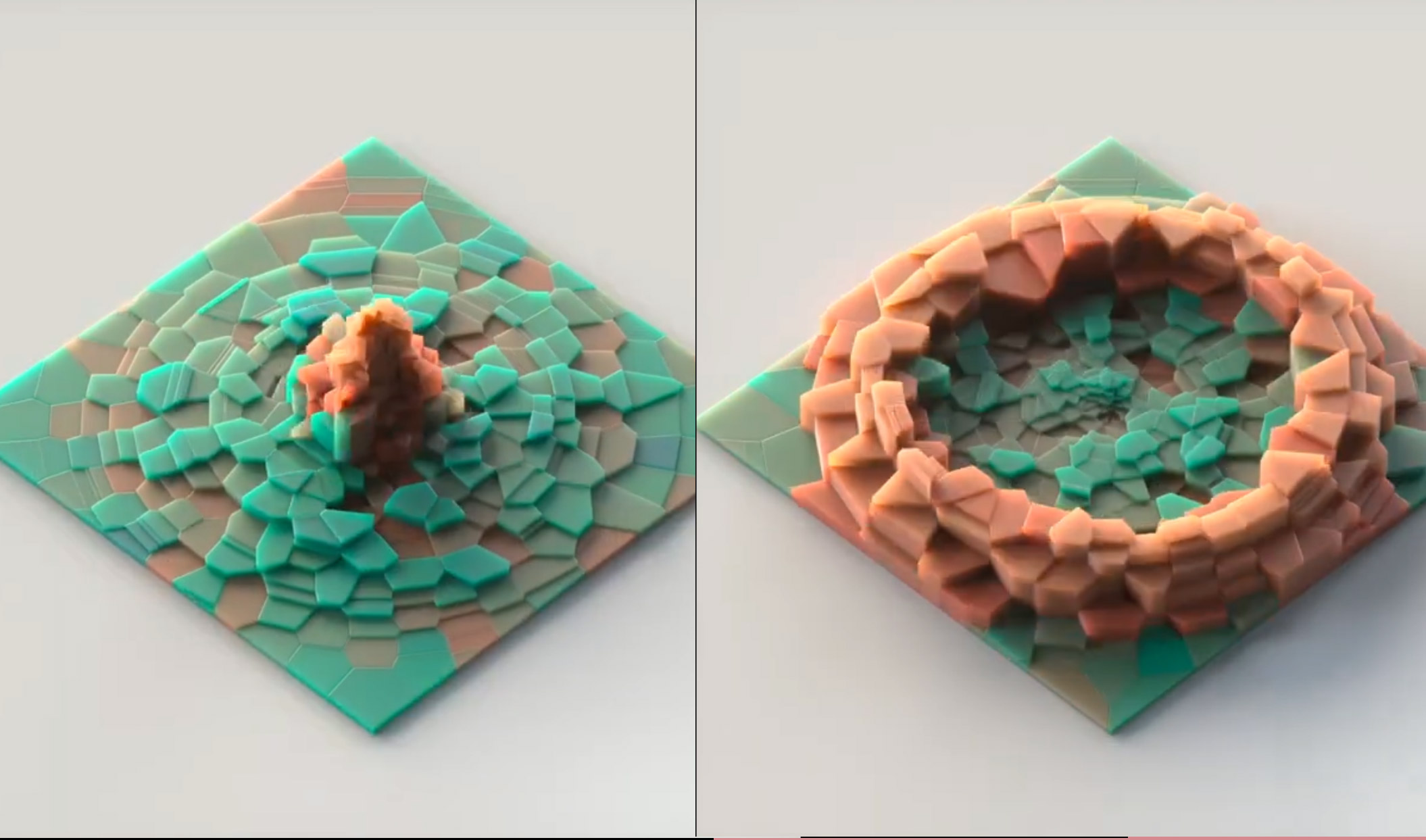 Do you like abstract animation?, today I want to share with you, this cool tutorial about Voronoi Patterns animation in Cinema 4D. Tutorial released by Tommi Rahko, 3D generalist in Cinema 4D and Octane Render, in this tutorial we’ll learn how to create an organic Voronoi patterns animation from scratch.

How to create Organic Voronoi Patterns?

Learn how to create beautiful organic movement with Voronoi Fracture inside Cinema 4D and Octane Render.
In the video, we’ll learn how to set up, organic fragments from C4D’s Voronoi tool, after animated it, we’ll go to set up the shader, lighting and render in Octane Render.

What is Voronoi effect?

A Voronoi diagram, or Voronoi tessellation, is a particular type of decomposition of a metric space determined by the mathematical distances of a given, of elements in space.