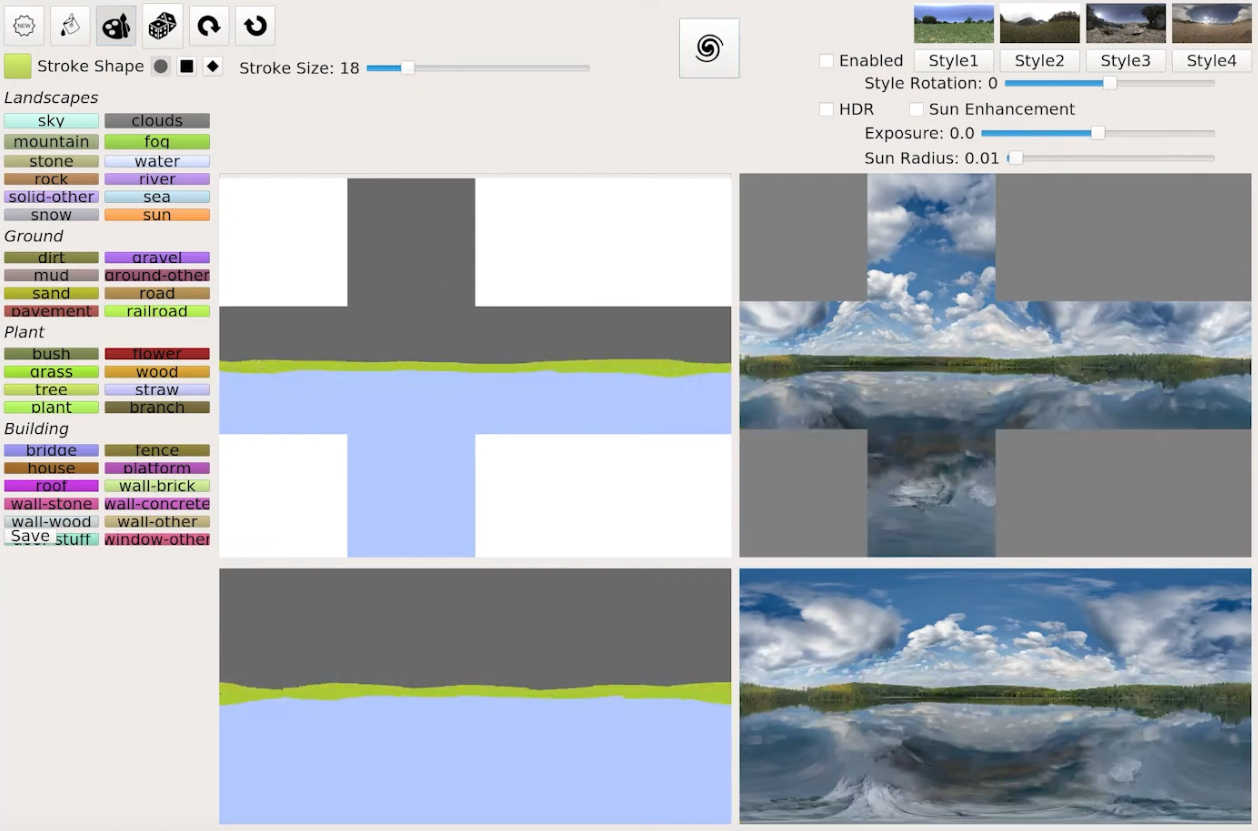 Nvidia has released a new version of his Ai-generated software, in this new release now we can generate 8K, 360-degree panoramas.

At SIGGRAPH 2022, NVIDIA unveiled its a beta version of GauGAN360, a great update, soon to be released, which allows you to generate realistic images for VR.

How to generate 360 images using AI?

Based on PoE-GAN, the new iteration of AI can generate 360-degree panoramas in 8K quality, giving even more possibilities to the existing tool.
Additionally, the panoramas generated can then be transferred into Omniverse scenes, allowing for greater interconnection between NVIDIA products.