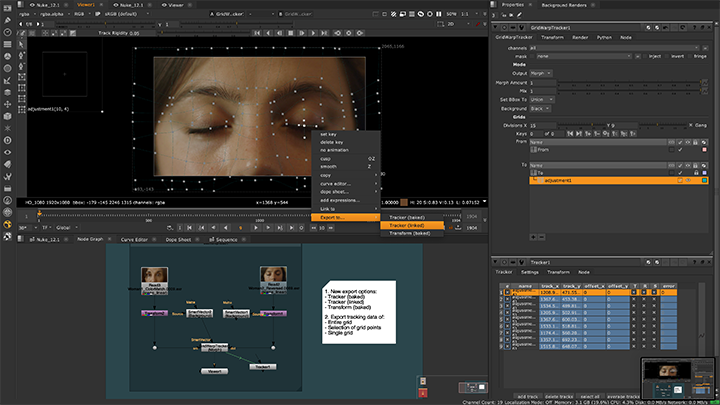 Introducing a new, updated version of the Shuffle node which will replace both the Shuffle and ShuffleCopy nodes. With a more user-friendly UI, the updated node improves stability and offers consistent channel ordering relative to the previous Shuffle node. 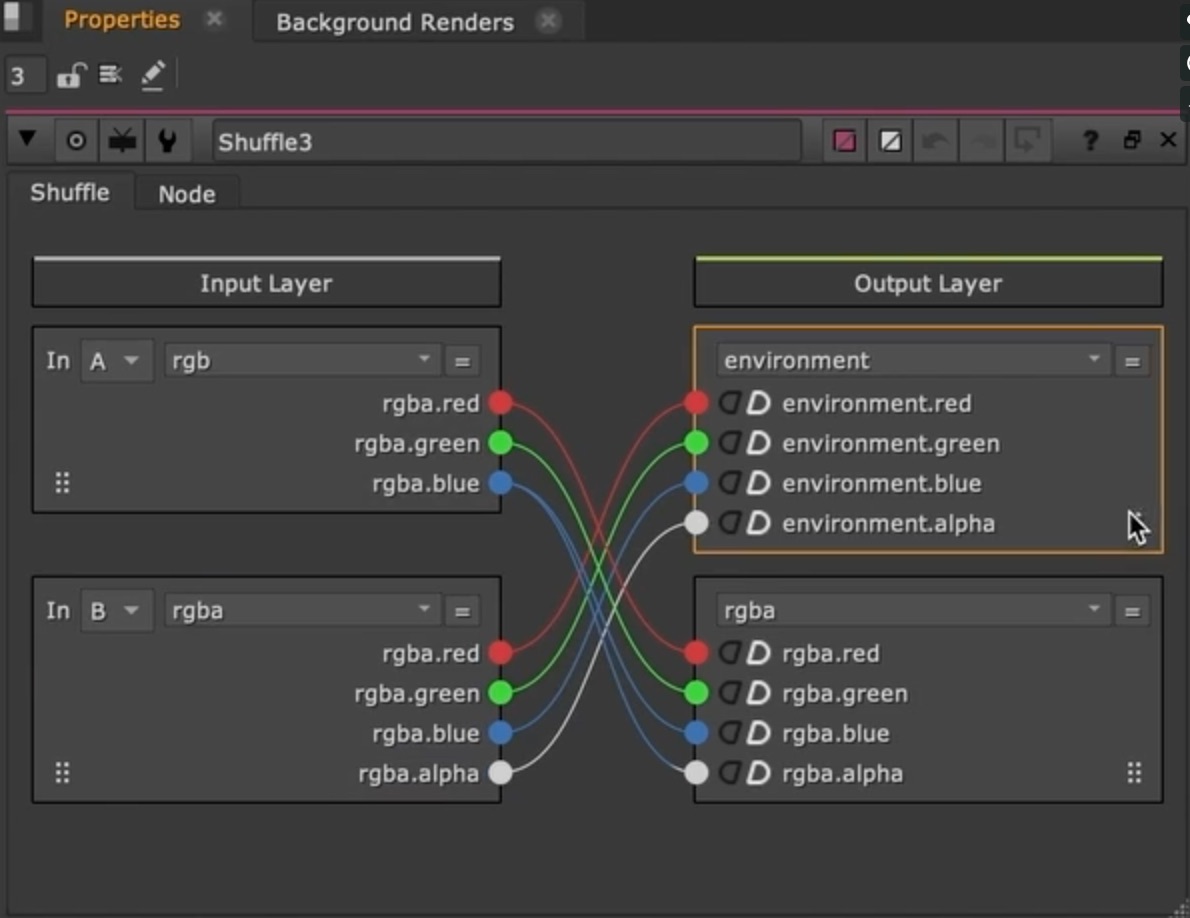 Plus, it can now support one or two inputs and up to eight channels per layer.

We’ve merged the NukeX and Cara VR versions of SphericalTransform and Bilateral with the Nuke versions of these nodes, adding increased functionality and GPU support in Nuke.

SphericalTransform has a new MirrorBall projection method, alongside access to the standard set of Nuke filter methods. Both nodes take advantage of the CaraVR GPU performance improvements added in Nuke 12.1 and are available in Nuke—they do not require a NukeX license. 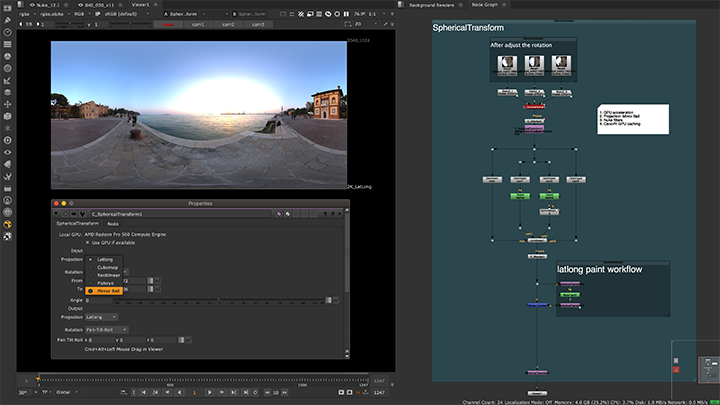 To facilitate these updates, we’ve made some updates and fixes to Nuke’s BlinkScript framework to improve performance for GPU-accelerated nodes and help developers working with BlinkScript, including a new debug printout. See the release notes and developer documentation for details.

We’ve revamped the NukeX LensDistortion node to offer a more intuitive experience and provide all the features you need right at your fingertips. The main tab has been refined to make it your first stop for setting up the distortion models.
It’s also been updated with new features and user experience improvements, like setting the default output mode to undistort rather than STMap.

The second tab has now been updated to ‘Analysis’, offering all controls for both the grid detection and line drawing workflows you’re used to. Plus, the advanced tab now offers even greater control for fine-tuning your distortion model or work with fisheye data.

The NukeX Grid Warp Tracker introduced in Nuke 12.0 has several improvements to help you control and move your data where you need to in a script. We’ve introduced new export options, allowing users to export tracking data from the GripWarpTracker node to a Tracker (baked), a Tracker (linked) or a Transform node.

We’re expanding native support of .mov containers holding audio to Linux and Windows.
You can now import these directly into Nuke Studio, Hiero and HieroPlayer without the need to extract and import the audio as a separate Wav file.

Alongside this, we’ve introduced multichannel audio support for Nuke Studio, Hiero and HieroPlayer. Multichannel audio patching has been added to the timeline, and the audio output can be set up using monitor out devices of specific audio cards.

A new behavior links source clip versions between a project bin item and its corresponding track items. Now, changing the version of a clip on the project bin, or on a sequence, will change all other instances of the same clip that exist in the same sequence or in any other sequences.

This streamlines the process of updating sequences, for example when propagating changes across 10, 30, and 60-second cuts of a project. Version linking is set to ‘On’ by default and can be set manually in the timeline, project bin, and Preferences.

Nuke 12.1 includes the ability to use HieroPlayer as a flipbook tool for Nuke and NukeX, giving artists more control when comparing different versions of their work. HieroPlayer will auto-detect the OCIO config and viewer colorspace coming from the Nuke script and set up the files being reviewed correctly, whether you are working on a single script or in multiple scripts at one given time. HieroPlayer can be set as the Flipbook in the UI and in the Preferences.