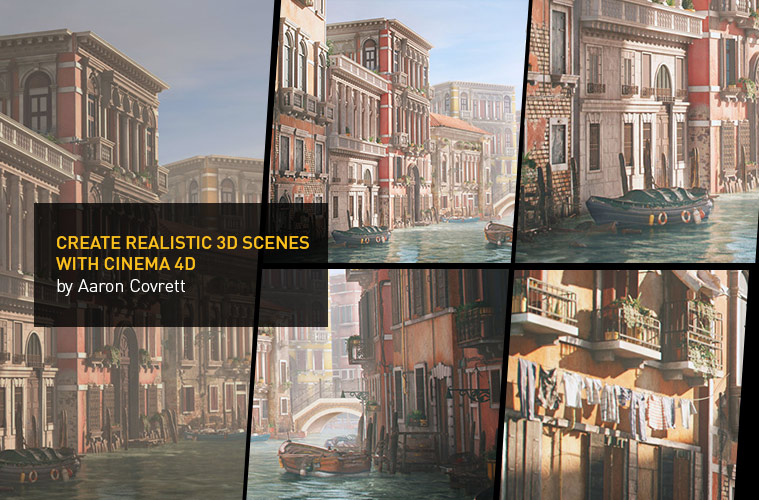 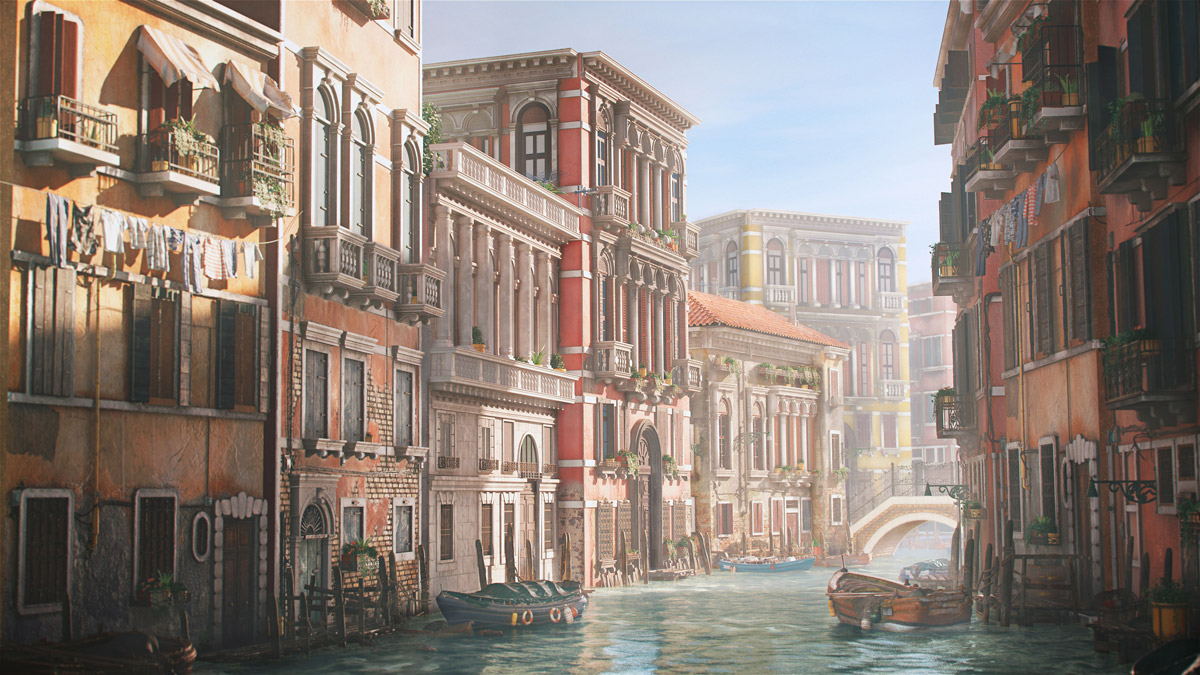 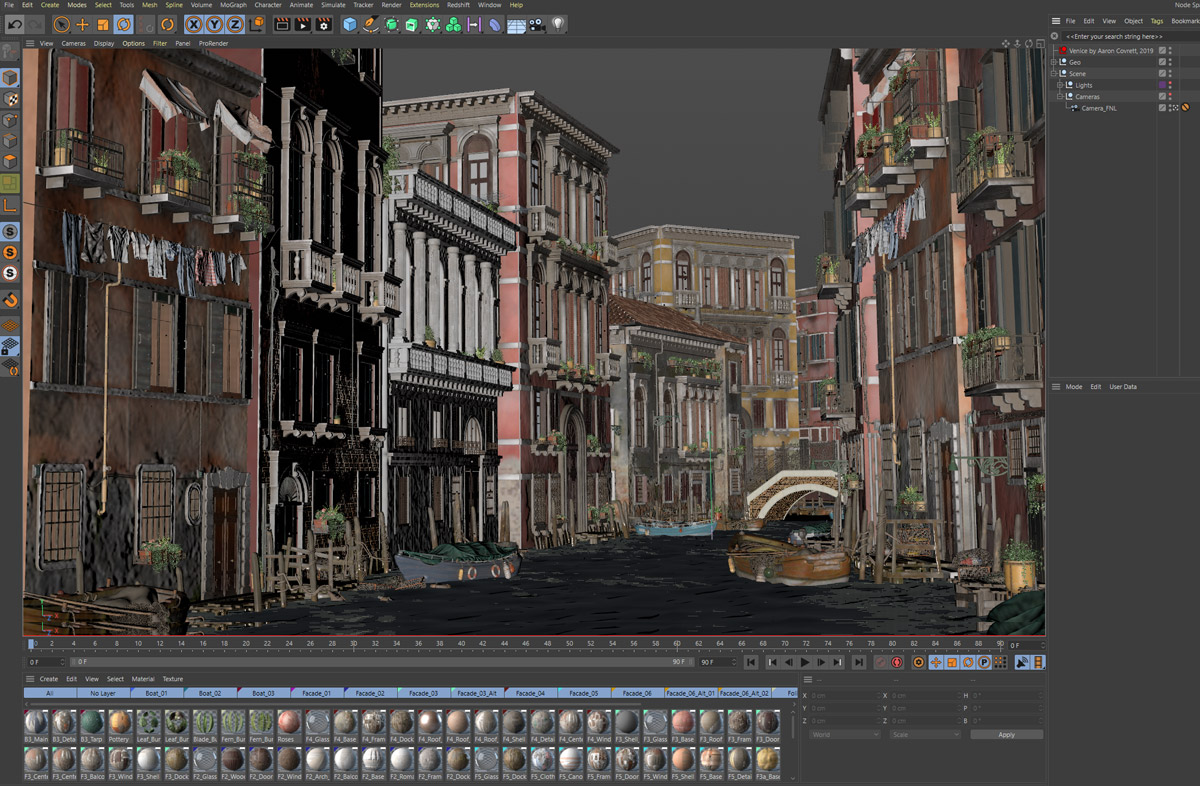 You can download the entire scene in Cinema 4D at this link:

With the new workstation, he modeled the canals of Venice. “Coming off my last personal project, Kingston, the idea of tackling another urban environment felt enticing,” he says. “Adding some Venetian flavor, the exotic architecture, color palettes, and water elements felt like a natural progression and exciting challenge.”

“This is an incredibly time-intensive process, so speed is a major factor,” Covrett says. “Having more immediate feedback allows me to make decisions faster; to iterate, refine, and polish. Not long ago, I’d be waiting 10 minutes before seeing a change implemented.”

“With the new machine, I noticed significantly smoother experiences when working inside of Cinema 4D and various third-party tools,” he says. “The new Volume Database modeling tools introduced in R20 feel snappy and responsive. And of course, rendering with a CPU-based engine such as the native Physical Renderer shows drastic speed improvements!” 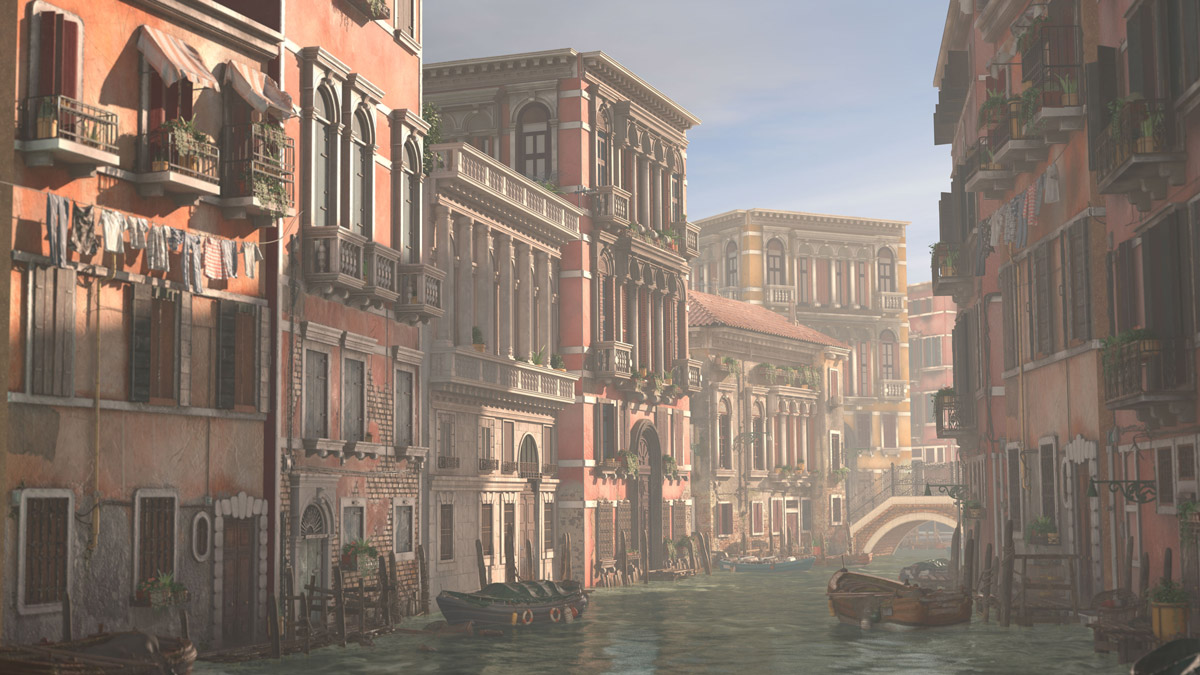 Using Cinebench* Release 20, a benchmarking tool from Maxon that uses a real 3D workload, Covrett has measured his workstation’s performance at 12,7882. The Cinebench score reflects the performance of the computer as tested by the benchmark, where higher is better.

The benchmark measures processor performance, but not the Graphics Processing Unit (GPU). Covrett’s score indicates an “extreme high-performance workstation,” in the words of Maxon’s director of engineering, Karsten Jancke. Covrett’s previous machine scored 2,2242 (based on an Intel Core i7-6700k processor and two NVIDIA GeForce* GTX 1080 Ti graphics cards). “From day one, I was very impressed with the performance gain,” says Covrett.