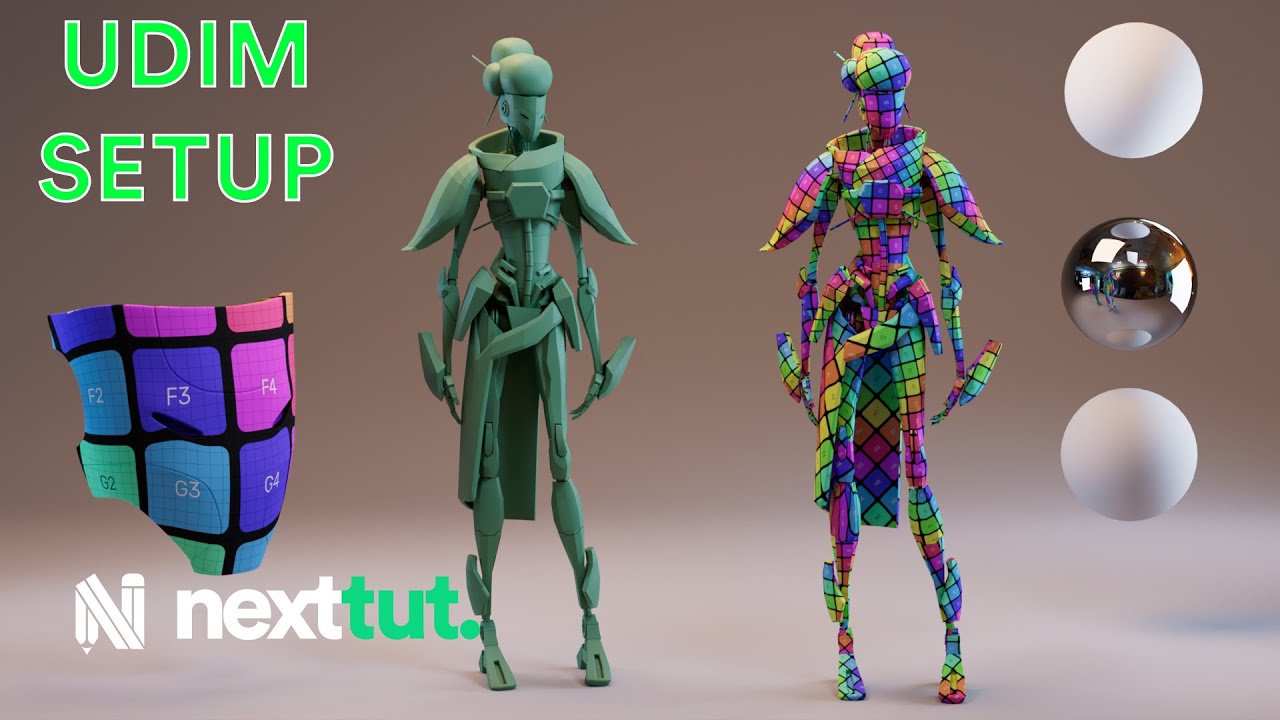 How to create UDIM in Maya and Substance 3D Painter

In this tutorial, we will see how to create the UDIM setup in Autodesk Maya, and Substance 3D Painter workflow using the same UDIMS.
Substance products have great integrations with most DCCs, making it super easy to do things like a UDIM workflow between 3D Painter and the final render.

Tutorial made by Nexttut (this channel is dedicated to teaching 3D modeling, texturing, rigging, lighting and production level rendering).

How to create UDIM in Maya and Substance 3D Painter?

What is a UDIM Mapping?

UDIM is a texture mapping system used in Autodesk Maya. UDIM allows you to divide a texture into multiple parts, called tiles, which can be used to map different parts of a 3D model.

This allows you to use higher resolution textures than would be possible using a single texture, as each tile can have an independent resolution. In addition, UDIM allows textures to be organized more efficiently, making it easier to manage files and edit textures.

What are DCC software?

These software are used in many fields, including film production, advertising, game creation, architectural visualization, and visual effects production.