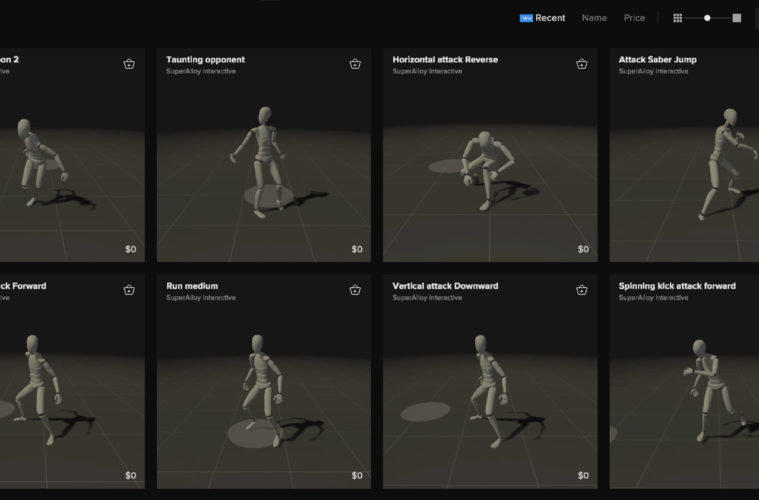 Free mocap to use in your project, now you can access for free to motion-capture data library from major world studios Launched in 2018, using Rokoko Studio software.

Download Rokoko Studio, install it in your machines, and after creating your login, you can access to the motion capture library, which Rokoko describes as the “world’s largest mocap marketplace”, was originally only available to Unity users, via an integration plugin for the Unity editor.

This motion library of motion capture moves was recorded by studios including Audiomotion and Centroid from the United Kingdom, which has worked on films such as Star Wars: The Last Jedi and Wonder Woman.

The Mocap Library can be used free of charge for Unity (for Unity users, through an integration plug-in for the Unity editor.), Maya, C4D and Blender, to export data in FBX, BVH or CSV format.

The library consists of commercial assets, priced at $3 or $6 each, 150 of the moves are available for free. The free moves are licensed for use in commercial projects.