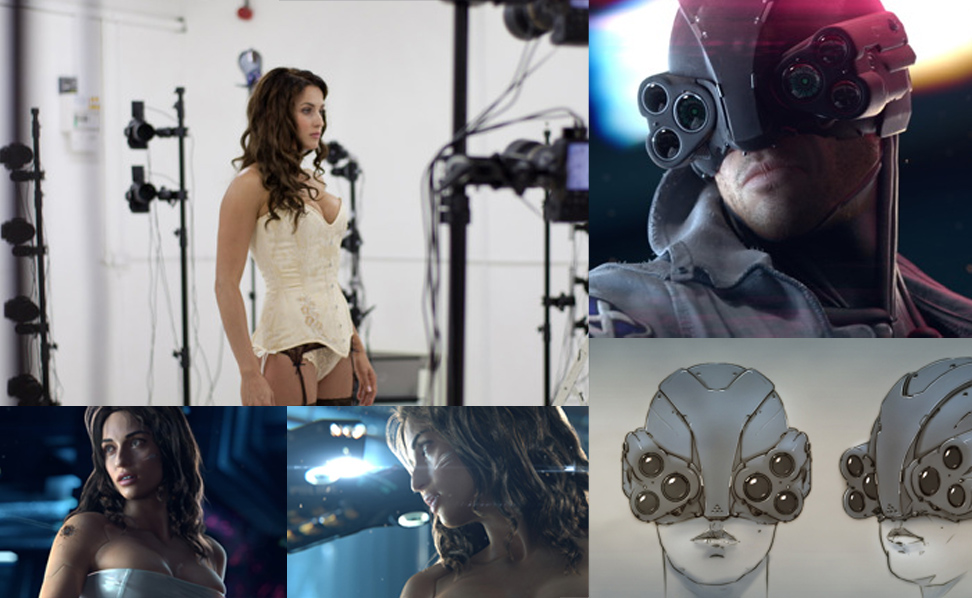 The teaser announces a new video game (developed by Polish video game company CD Projekt RED) based on Cyberpunk 2020 – an RPG system created by Mike Pondsmith in the 1990s.

Usually, working on video game scenes involves the creation of a visual tale, in a world already established by a story: the animation process is very orderly, divided into classic, predictable phases. This time, it was very different. The first draft of the script and preliminary concept art was created when the game was still in the early stages of basic development. In the course of our collaboration with CD Projekt RED, we approached dozens of ideas before settling on the final idea, which is one of the illustrations in the game manual.

Parallel to the teaser, the developer has concretized the game itself: its concept, style and look. The ideas introduced in the video influenced the game, while the latter simultaneously modified the teaser. This made the film a logistical and organizational challenge, but also intrisa di spontaneità e creatività.

IR 72×18 Megapixel Camera system, captures approximately 1.27 gigapixels of 360-degree color data, being a reconstruction-based volumetric method, means it is a ‘single shot’ capture process.
Find out more about the IR system at Infinite-Realities.

Since we decided to make the video, we knew that the promo would only work if the female lead generated a serious emotional response in the viewer and pushed the aesthetic boundaries of the typical female form. Video games often feature mundane female characters, composed of the same mundane elements. While undoubtedly beautiful, these characters are often contrived. In this particular case, the ability to work with a real actress completely transformed the film.

Scanning allowed us to grasp this fleeting element of authenticity, to use the beauty of a real person. It was truly a qualitative change. The scan patterns required for processing and remodeling, which proved to be the perfect fit for this project, both in terms of timing and quality achieved.