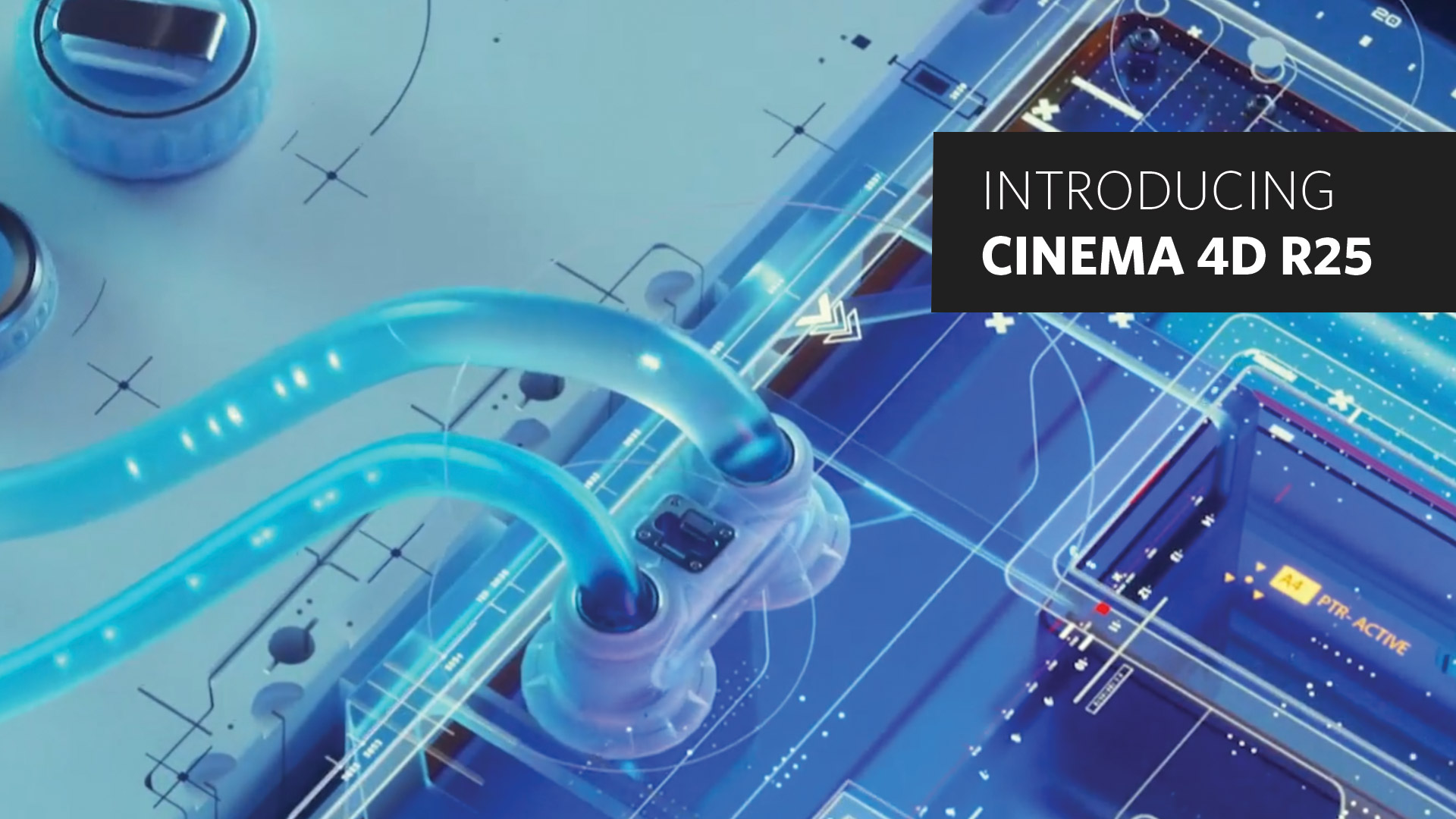 In the next steps, we swipe our eye on the timetable and return to the delivery of the work. The new R25 version closes and the old one reopens, today there is no time to learn the new interface, the important thing is to deliver today’s scene.

So let’s check out the new version R25, the latest version of its 3D animation and rendering software, revamping its user interface and introducing more features on its new core node-based architecture.

The news was announced at the 3D and Motion Design Show, along with the public beta of Redshift RT and updates to other Maxon apps: Trapcode Suite 17, VFX Suite 2, Magic Bullet Suite 14, and Universe 5.

Highlights include a new Capsule system for node-based assets, more options for creating presets, direct import of vector files, and a new Track Modifier tag for tweaking or stylizing animations.

They include a new Asset Browser and Scene Manager further extended in R25, as well as physics-enabled positioning tools for scene layout and set staging, and updates to the character animation workflow.

The user interface has been updated, with a series of browser-inspired tabs along the top of the window to switch between open documents and interface layouts reminiscent of Blender’s style.

The tool palette changes to context, with the set of tools it displays updating according to the processing mode, object, or tool currently selected, this is a tools management methodology, which users can customize.

There are also new “hot corner” buttons in the corners of the screen, for quick access to key user interface elements such as Asset Browser, Material Manager, Timeline, and Coordinate Manager.

The new nodes for importing data into Cinema 4D are very interesting, with the addition of over 50 new nodes to the Cinema 4D core.

We can now import external CSV and JSON files and use the data contained in them to control nodal configurations for creating data visualizations very useful for creating dynamically managed motion design scenes. While the new Blue Noise Distribution nodes go to manage the objects scattered on a surface.

We see in this new version a keen eye for node-based work, motion graphics work, and procedural modeling, which can now also be used to control splines, including linear curves, Bézier, B-spline, and NURBS, geometry polygonal, and primitives.

The Asset Browser allows easy access to libraries of predefined content stored locally or online. For Cinema 4D subscribers a large collection of 3D objects, materials and node clouds is included, the library can be browsed or consulted via the search function.

You can now import SVG, PDF and AI formats into Cinema 4D

Vectors can be imported as splines or automatically converted to 3D objects, with Cinema 4D using stroke and fill information from the source file to control the shape and color of the object.

In the new version R25 we find a new Track Modifier tag useful for 3d animators, which can be used to procedurally modify the animations of your scenes, apply different styles of movement to an animation such as the stop-motion style.