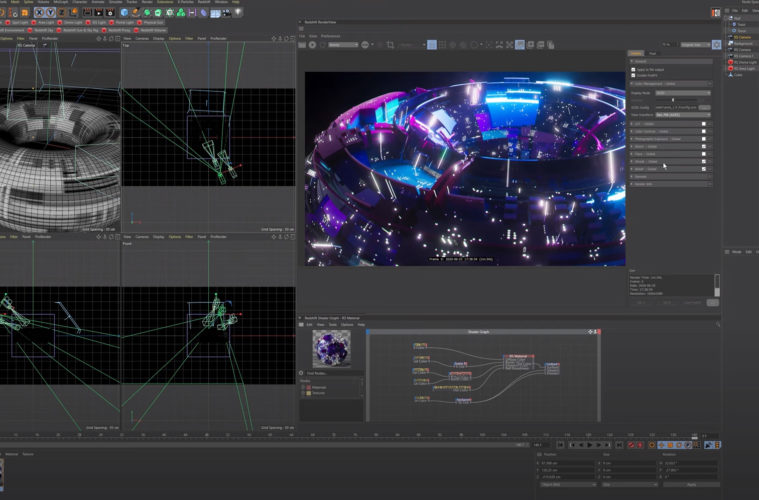 In this tutorial we will see you the color space workflow for ACES. Kyle Franke will demonstrates how to set up an ACES workflow between Redshift in Cinema 4D, then composite in After Effects.

How sets up ACES workflow in Redshift, C4D, and After Effects?

ACES is a free, open, device-independent color management and image interchange system that can be applied to almost any current or future workflow. It was developed by hundreds of the industry’s top scientists, engineers and end users, working together under the auspices of the Academy of Motion Picture Arts and Sciences.

ACES Workflow for Cinema 4D Redshift and After Effects

The Academy Color Encoding System (ACES) is becoming the industry standard for managing color throughout the life cycle of a motion picture or television production. The ACES project began its development in 2004 in collaboration with 50 industry professionals. While most DCC’s will have a way to work with ACES, each has its implementation. “This tutorial will show you my workflow for ACES CG,” Franke says. The tutorial covers how to set ACES color up in Cinema 4D and Redshift, then composite on After Effects.

ACES 1.0 is currently being integrated in many of the hardware and software tools you already use.

ACES 1.0 is the first production-ready release of the system, the result of over 10 years of research, testing and field trials. It includes support for a wide variety of digital and film-based production workflows, visual effects, animation and archiving.