How MPC created a futuristic world for Ghost in the Shell

Working with director Rupert Sanders and Production VFX Supervisors Guillaume Rocheron and John Dykstra, MPC’s team lead by VFX Supervisor’s Arundi Asregadoo and Axel Bonami completed more than 1000 shots for Ghost in the Shell. The complex work required a close collaboration between the filmmakers and MPC’s team’s in Montreal, London and Bangalore who developed new shooting techniques and software tools to create the live action adaptation of the original Manga.

The movie opens with ‘The Shelling Sequence’ which pays homage to the 1995 anime opening in which we see the creation of a cyborg, revealed later to be Major. This was created using a blend of computer graphics and practical animatronics. MPC’s work was to create a detailed fully digital skeleton, the muscles of a skinned Major and as the scene was shot dry, the different types of fluid, which enwrap the body.

One of the biggest tasks for MPC was to create the movie’s iconic futuristic world. The city had to be transformed from the original animated manga version into a photo-real environment. The visual effects team created a library of futuristic buildings and vehicles, elevated highway systems and traffic and crowd simulations. To achieve the very particular vision of the movie, director Rupert Sanders tasked the team with building a city filled with gigantic holographic advertisements named “Solograms.” MPC made a mixture of 372 Solograms and holograms in different forms to populate the city shots. To create these photoreal volumetric displays, the movie’s production team designed a new custom-made rig of 80 2k cameras, running at 24fps, to capture volumetric footage of actors.

Using photogrammetry on each frame, 32000 3d scans were solved. MPC’s R&D team then developed new software and tools, which allowed them to reconstruct, process, manipulate and layout the volumetric data into the shots. The world is showcased in stunning full CG flyovers, dubbed “Ghost Cams.” Not only were these shots extremely complex from a technical, artistic and logistical point of view but they were also integral to the storytelling, allowing the filmmakers to present the audience with an understanding of the future in which the story is based. 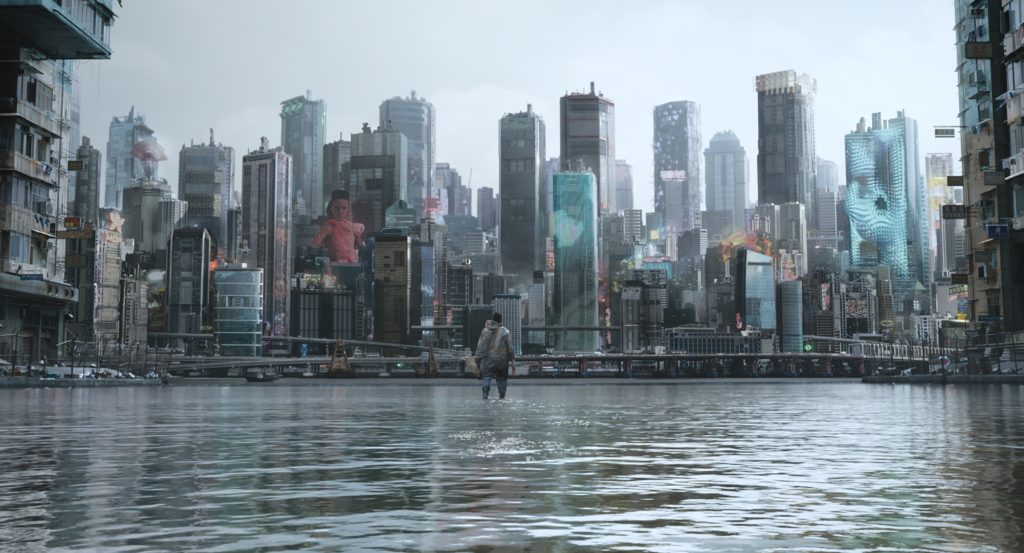 Cyber-enhancement is an integral part of the world of Ghost In the Shell, and the development of the hybrid CG and live action character Kuze was an exciting challenge for MPC’s team. The character design required a seamless mix of the actor’s face with digital parts as well as an entirely digital body. The character had to be constructed in the most organic way possible so there was no obvious delimitation between the real and CG components forming his face and body. 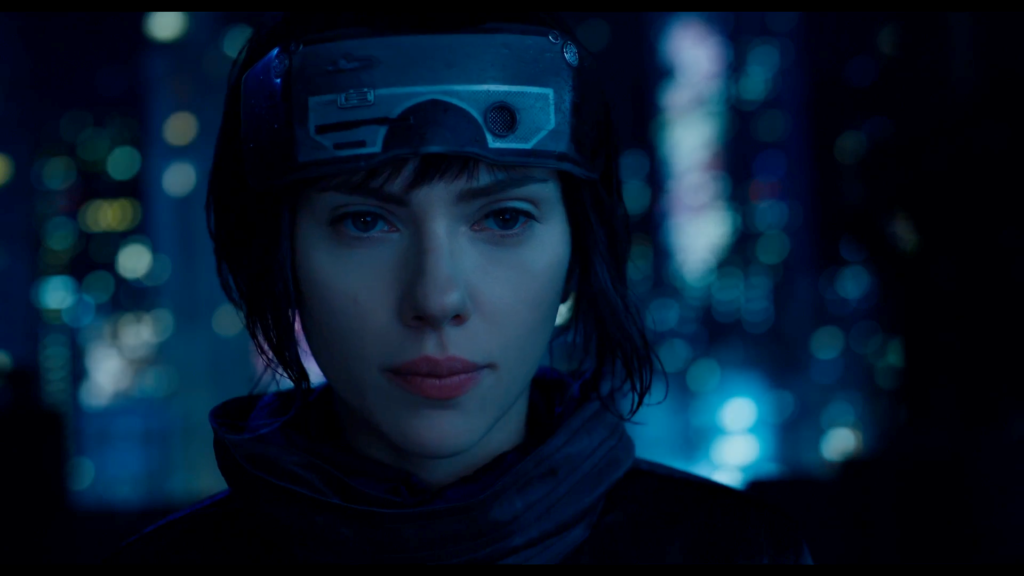 In an abstract scene named ‘The Deep Dive’, the Major navigates around a Geisha Bot’s memory. MPC’s artists rendered and simulated full CG characters decaying as time passes, varying the clarity of their representation based on the viewing angle. A 150 camera DSLR rig was used to capture a CG version of the actors frozen mid-movement, so they could be recreated digitally and deconstructed during the sequence. Data streams, transition effects and crowd simulation complete the scope of work for this ambitious sequence.

Major’s Thermoptic Suit and its invisibility effect are shown in a number of sequences throughout the film, from the iconic skyscraper jump and the Geisha Bot hotel hostage sequence to the trademark water-filled courtyard fight. For the courtyard fight sequence, the complexities lay in blending a 360 degree full CG environment, built to recreate the look and scale of the original manga, practical and CG water effects and the Thermoptic suit’s invisibility effect.

John Dykstra also worked closely with the team from MPC Design to visualize the world’s interface technology, hologlobe communication, and complex hologram deconstructions of the Major and Kuze. Bespoke tools were written to create the look of these futuristic scenarios in a photoreal environment; yet also incorporate the original Manga’s iconic designs. 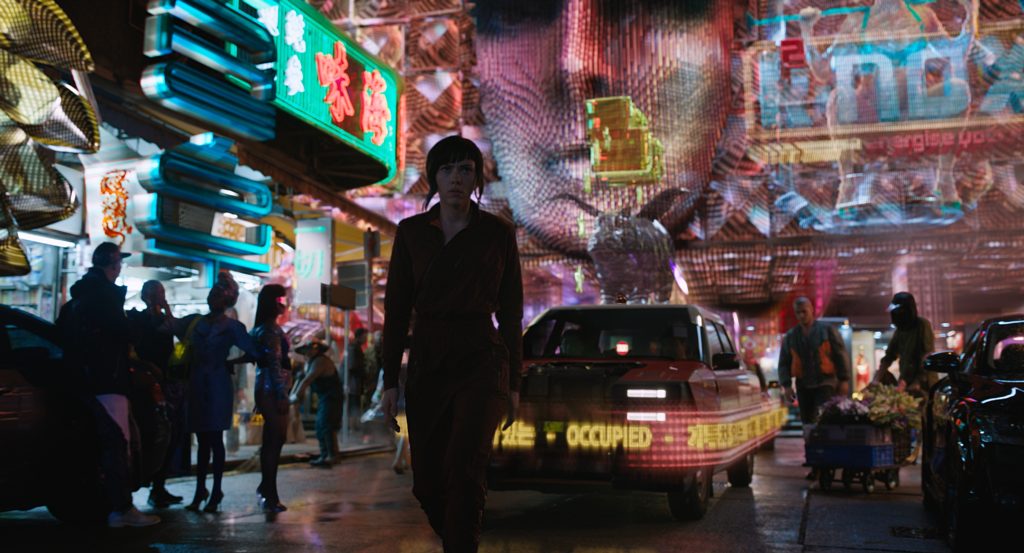 About Ghost in the Shell

In the near future, Major (Scarlett Johansson) is the first of her kind:  A human saved from a terrible crash, who is cyber-enhanced to be a perfect soldier devoted to stopping the world’s most dangerous criminals.    When terrorism reaches a new level that includes the ability to hack into people’s minds and control them, Major is uniquely qualified to stop it.   As she prepares to face a new enemy, Major discovers that she has been lied to:  her life was not saved, it was stolen.   She will stop at nothing to recover her past, find out who did this to her and stop them before they do it to others.   Based on the internationally acclaimed Japanese Manga, “The Ghost in the Shell.” Paramount Pictures/DreamWorks Pictures/Reliance Entertainment Present Ghost in the Shell, directed by Rupert Sanders, due for release March 31st 2017.