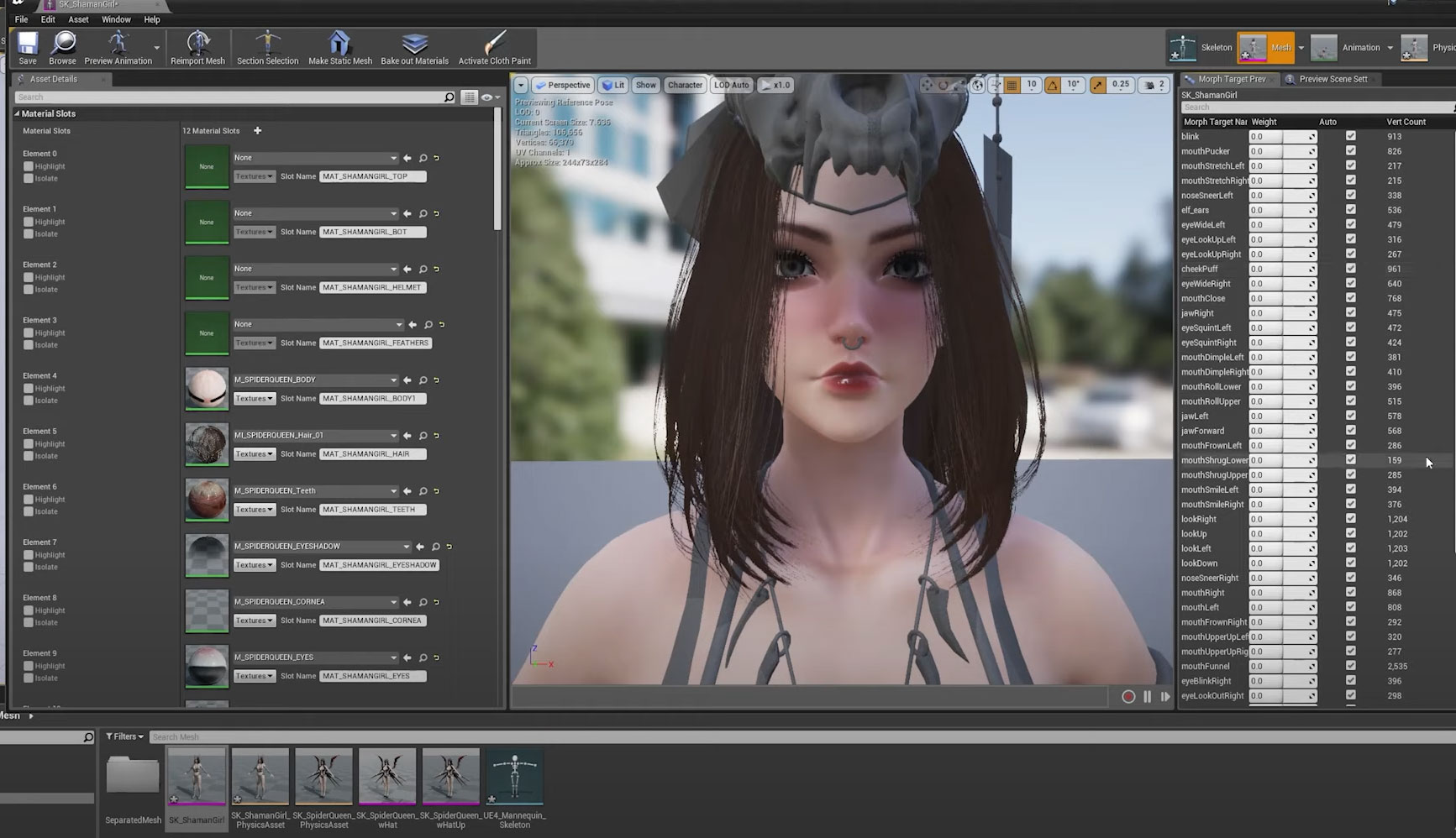 Today we see how to import the facial expressions of a character made in Maya using the blend shapes or morph targets technique in Unreal Engine. BlendShape, is widely used by 3d artists for facial expressions ready for animation, used since the first Maya releases.

In this tutorial we will see how to use facial expressions created in Maya using the blendShape tool, directly importing it into Unreal Engine.
Tutorial by 3D Artist Ida Faber.

How to use Blend Shape deformer in Unreal Engine?

In Maya, blend shapes, or morph targets as they are also known, are a versatile animation method for creating a static model. Create a base target shape of your model, it can associate copies of your model base model, modified in its shapes, with blendShape you can merge the different copies thus creating a basic animation of the mesh, used a lot to create the facial expressions of the characters 3d.

When you apply a Blend Shape deformer on a base object, a blendShape node is created, which merges the specific shape of the object, with the base shape on that base object.

Each blendShape node on an object has its own set of target shapes such as rotation, base object shape scale, and joins only those target shapes that belong to it.
Each target shape has its own weight value which you can set in the shape editor or channel pane.