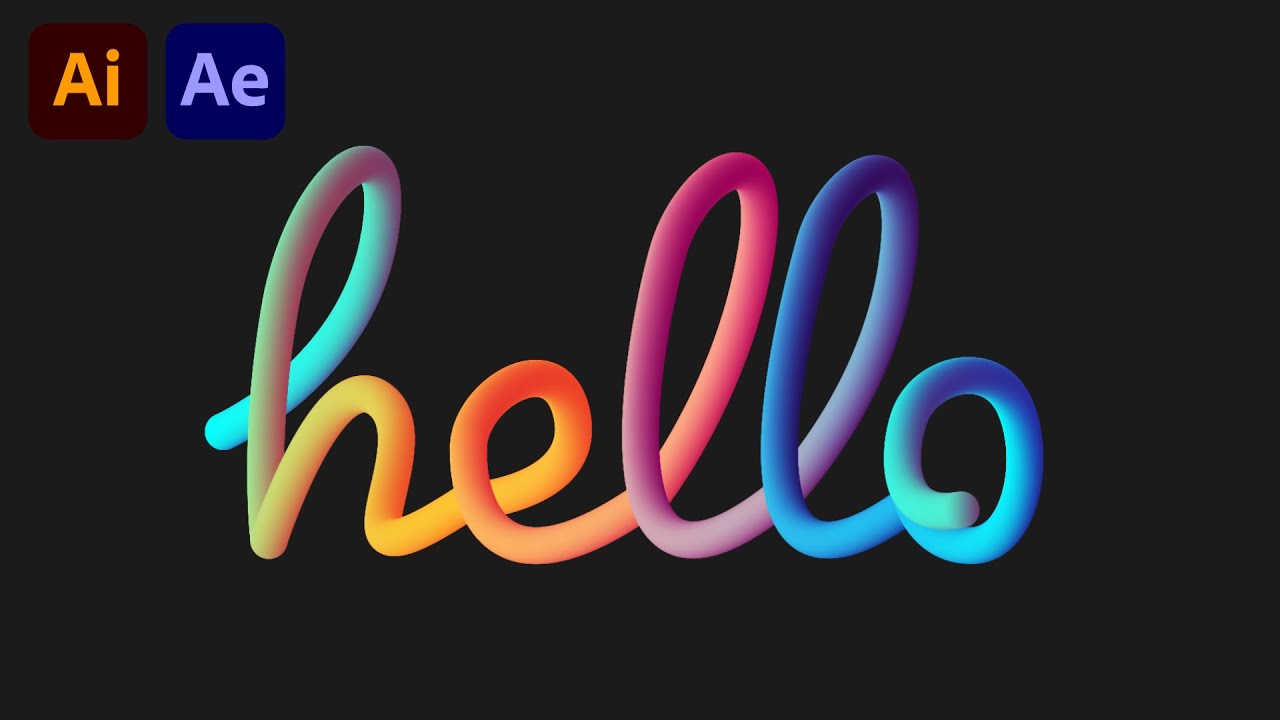 Hello everyone, in this tutorial made by Move Shape, we will learn how to create an animated stroke with the gradient the effect is achieved by applying blending effects in Adobe Illustrator and going to create the final animation in After Effects.

How to create a write-on effect using gradient strokes in Ae?

This tutorial will also cover motion graphics in After Effects, stroke animation, and how to create a gradient along a path, and handling effects on stroke, stroke with variable width.

This effect is created without the use of any plug-in, perfect for creating the animated handwriting effect in After Effects, with customizable strokes within Adobe After Effects effects.
Gradient Stroke Typography Animation in After Effects Tutorial – 100% No Plugins

Also don’t miss this other tutorial on how to make a hand-lettering on this style in 3d in Cinema 4D HERE.