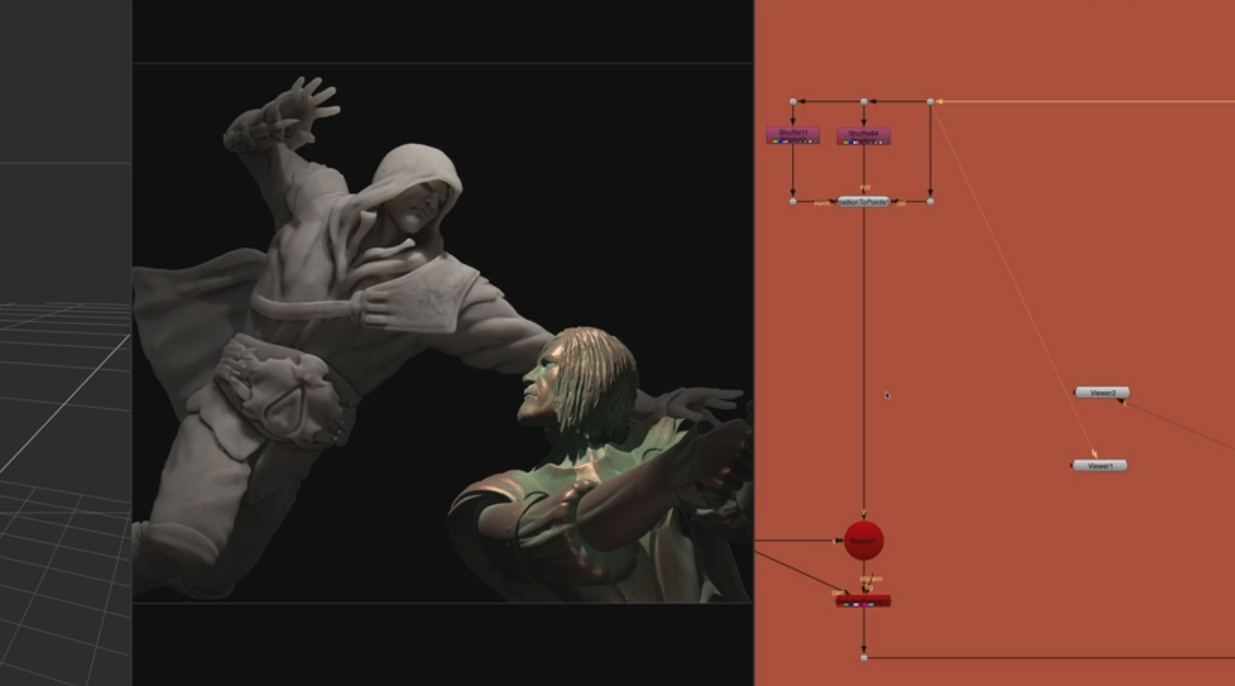 How ReLight in Nuke

VFX Creative Director at “Fire Without Smoke” Hugo Guerra shows us in this Tutorial.

In Nuke we can use the 3D Objects in our scene, we can import the 3d model and working on using the 3D tools into nuke. In Nuke, it is all handled by the ReLight node, a normals and a position pass.

How Relight scene in Nuke?

Still, Nuke allows you create a lighting and apply a new texture if you want, and re-render new lighting from the 3D source.
Relight is a quick and interactive way to relight scenes in a 2D environment. It works by applying a 3D shader to a 2D image using the normal and point position passes.
Nuke’s ReLight node allows you to take a 2D image and relight it using 3D lights in the scene. The Nuke ReLight node will definitely come in handy, letting you improve your work.