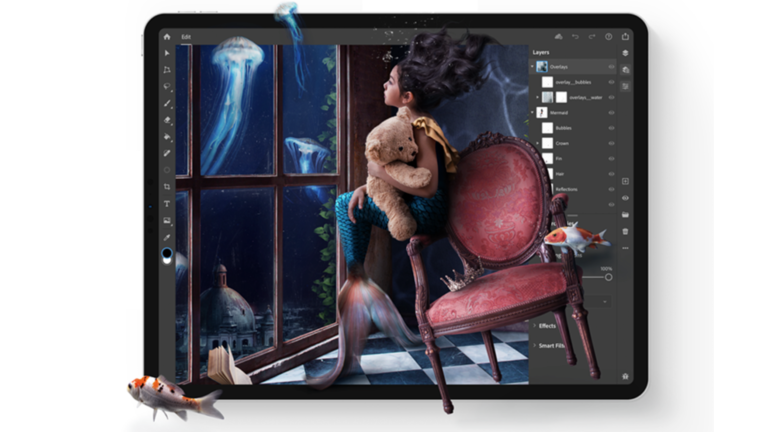 The first version of Adobe Photoshop for iPad, will not have all the features of the Photoshop desktop program but for now the functionality of workflows, compositing, masking, and retouching.

Adobe has announced that Photoshop for iPad Version 1.0 has been released.

Although the program uses the same code as the desktop version, Adobe is focusing primarily on the artists will use the program in a mobile context. However, the company has anticipated that there will be other additional features for future updates.

With the iPad app, users can open and edit PSD files, regardless of the device you are using, thanks to the new Cloud PSD format, which will be displayed as a PSDC extension when saving.

Adobe also claims that Photoshop users on iPad can work on their files safely offline: changes will be stored on the device until you are back online. In practice, this means that you can automatically save files and use other cloud storage options besides Creative Cloud.

Adobe’s new format opens up interaction with other new tablet apps, such as the recently released Fresco and Aero.

At the moment, Photoshop for iPad is available for anyone who already has a Creative Cloud subscription. If you already have a subscription, you can simply download the iOS app and log in with your Adobe ID.